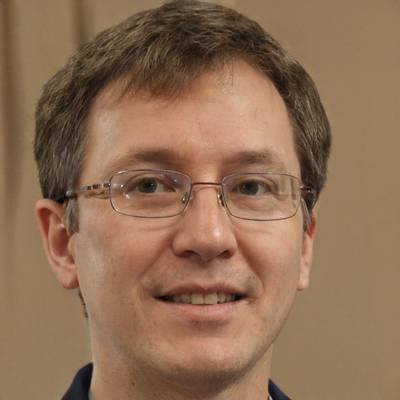 Hi there! I am a detail-oriented and creative research writer with over five years of experience in helping students excel by delivering to them quality and comprehensive papers.

Drug abuse generally refers to chronic, excessive use of a drug, such that physical or other personal harm is very likely to occur. Drug abuse and addiction usually occur together, but they are not the same thing. Theoretically, all drugs may be abused; however, some drugs are more commonly abused than others. A subset of drug abuse is drug misuse, which comprises potentially harmful consumption that is not chronic, but rather an isolated episode. Examples include taking more than the recommended dosage of an over-the-counter drug and mistakenly taking the wrong medication. Illegal drug abuse has many hazards. The first is the significant risk of physical and psychological dependency. This potential has been exaggerated in the past, addiction does not occur after just one dose. In fact, a subset of users seems to be relatively free from severe personal and social consequences even with continued use of these drugs. Nevertheless, dependency is real and often precludes a normal lifestyle. Since most street drugs are expensive, users usually resort to stealing or prostitution to support their habit. In rare cases, a user may have free access to narcotics or adequate means to buy them and be able to live a normal and functional life. These users are the exception. For most addicts, narcotics use becomes the central organizers of lives. They get up in the morning and go to work: securing the money to buy drugs and locating a dealer with a supply for sale. In addition to having their lives controlled by an endless pursuit for the next high and being largely devoid of the things that provide genuine meaning in life, addicts continually face significant hazards and threats. Data from the national Drug Abuse Warning Network (DAWN) indicate that narcotics are one of the leading causes of drug-related deaths, after alcohol and tobacco. One reason is that the drugs addicts buy do not come with quality assurances. The exact dose and ingredients are unknown. Although the dose is usually small, it may be potent enough to kill before the needle is out of the users’ arm. Overdose is characterized by acute respiratory depression (i.e., the person stops breathing). The drugs often are mixed with other substances, which may themselves be hazardous. In the deaths reported to DAWN, 86% involved combinations of agents, rather than single drugs. Pure narcotics usually do no damage to the brain or other internal organs but adulterants may damage blood vessel walls, lungs liver, and kidney. The potential risks or dangers of drug experimentation manifest through the effects of the drug used. Among expectant mothers, experimenting with drugs can affect fetuses, thereby impeding the development of their organs such as brains. In such a situation, the experimenting with drug worsens the health situation, thereby prompting users to suffer more. With such increased problems, the body becomes vulnerable to further attacks by diseases. Eventually, the aggravating poor health leads to a fatal outcome such as premature birth. In addition, experimenting with alcohol can prompt negative reaction, thereby leading to irresponsible sexual behavior, which can lead to contraction of sexually transmitted diseases or succumbing to unwanted pregnancies. Drugs such as cocaine and heroin are known to slow down the way the body system functions. The drugs pose negative impacts on the hypothalamus component of the brain, which is responsible for controlling brain functions. In conclusion, drug abuse is a very grim reality for most users, and many, perhaps most, never recover from their addiction. In the meantime, they are blight on the communities they haunt, and given the numerous risks that people succumb to when experimenting with drugs, it is crucial to provide regulations to avert cases that may lead to detrimental impacts on personal health. In this regard, individuals must also understand the dangers of using certain drugs to avoid the risks associated with them.

I am very pleased with the quality of my paper. I was able to ask questions and receive prompt responses. I have no doubt I will be getting a great grade! I will definitely be using Tutor Langat again! Thank you!

Great job. It was great experience with you guys. I love the way you delivered my assignment on time. Would definitely going to recommend you to all my fellow friends for sure.Thank you very much.

You followed the instructions very well. I feel content with the work and feel That I can make any necessary adjustments myself. I would have like for a stronger conclusion that tied in both businesses, otherwise, great work.

The writer followed all my instructions and completed within a day.

Done by the deadline

Excellent writer, to the point and on time. Best

Right on time. I would refer him to anyone else